HomeblogWhat is a Masseuse? Masseur? Massage Therapist? What’s in a Name?!

What is a Masseuse? Masseur? Massage Therapist? What’s in a Name?!

What do you call a person who does massage professionally?

Does it depend if the therapist is male or female (“Masseur”/”Masseuse”)? Where they work (Massage “Parlor”/ Massage Clinic)? Or should we simply use the unisex term “Massage Therapist“?

There is even some debate within the massage field about the appropriate use of the above terms. Some massage professionals may actually find being called a few of these terms quite insulting!

Let me first explain what is a Masseuse and Masseur. These are both French words, and both are gender specific. While many English speakers commonly misinterpret the gender connotations, Masseuse is a female term and Masseur is male. These terms are (and have been for a long time) used quite commonly in Europe without any negative association. If you ask someone outside of the United States, you are more likely to have one of these two terms returned as the answer when asking “What do you call someone who does massage?”. 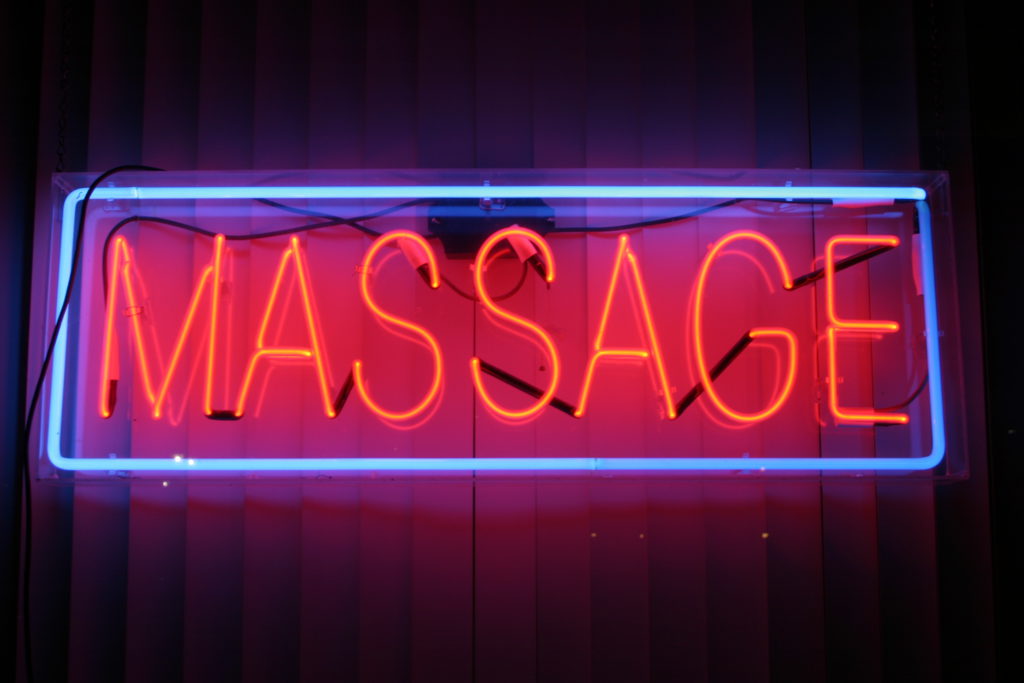 These terms were also used, and perfectly acceptable, going back many years here in The United States. However, as the licensed therapeutic massage profession began to gain more credibility starting about 20 to 30 years ago, this growing “legitimate” side of the industry began rubbing up against (no pun intended) the non-therapeutic “massage parlors”. These are the storefronts with the red neon lights in the blacked-out windows where the practitioners are more likely to be referred to as a “masseuse” and the “happy endings” occurring are not the kind you’ll find in any fairy tale!

This resulted in many therapeutic massage practitioners feeling the need to make a distinction between the vastly different kinds of services being offered at massage parlors on the one hand, and therapeutic massage establishments on the other. It also caused anyone associated with a legitimate licensed massage establishment to loathe having it called a “massage parlor“.

As a result of these factors, combined with the general trend over the past several decades of favoring generic unisex terms such as Administrative Assistant (Secretary) or Flight Attendant (Stewardess), more and more therapists began to prefer the term “Massage Therapist“. These days, “Massage Therapist” is widely accepted in the industry as the preferred, standard term for those practicing professional therapeutic massage. The fate of the term “massage parlor” is even more certain, and most licensed therapists would say that term should be reserved exclusively for the neon-light places.

All of that said, it is not unusual for some older folks who were around when the terms we now consider to be outdated were in vogue to continue using terms like “masseuse” or “massage parlor”. Why shouldn’t they? These folks became accustomed to the term before it ever became remotely controversial, and there is nothing inherently insulting about them. My own father has many times referred to me as a “masseur”! (I’m pretty sure after 15 years he’s dropped it by now though!). Yet some therapists are hyper-sensitive to the issue, and may even take some offense. I guess it’s a “touchy” subject for them. (Sorry, couldn’t resist).

For me personally, I’m not particularly bothered when someone uses a term like Masseur because I know it’s not intentionally being used in any degrading way.

Bottom line; it’s probably best to get in the habit of using the term “Massage Therapist” if you can help it, but even more important is to make a point of receiving therapeutic massage on a regular basis for the sake of your own well being!