The owner of a small massage therapist company has been advised to mine referrals from physicians, a trusted resource.
BY JENNY STALETOVICH
Miami Herald
May 29,2009 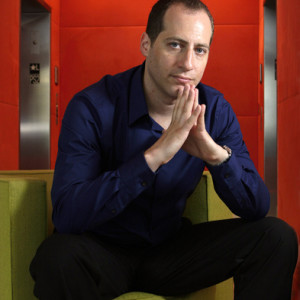 When he opened his therapeutic massage business in 2005, Dan Melmed wasn’t just trying to start a new company, he was creating a new business model that would put a corporate structure on what has typically resided in spas or the back pages of alternative weeklies. Hoping to recast massage therapy, Melmed wanted to present his business as a medical alternative, tap into patients’ insurance benefits through doctors’ offices and create a network of certified therapists already vetted by him and available whenever and wherever his clients wanted them.

The stumbling block has been changing that old image and educating potential clients, particularly doctors. ”People seem to really not believe or understand that they can receive therapeutic massage at home and be covered by insurance,” he said.

CREDIBILITY GAP
”It’s like a credibility issue a lot of the time,” he continued. “The public in general and also physicians are firmly rooted in Western medicine. Some are starting to come around, but a lot just think of massage as a feel-good thing and it doesn’t follow the medical model.”

In his letter to The Miami Herald asking for help, Melmed said he had tried some ”guerrilla tactics” by handing our flyers and running small ads. But he needed advice on how to implement his plan in a more measured and successful manner. For starters, he needs to build credibility where people put their trust, with doctors, advised Rafael Cruz, regional director of the Florida Small Business Development Center in Broward. ”I’m not telling him to do marketing that gets attention. You build trust and that gets you marketing. The best lawyers and doctors do it like that,” Cruz said, explaining that strong referrals can be a bottomless well for particular businesses. “Some businesses can do mass marketing and that’s fine. But he’s in an intimate business. You have to trust someone before you let them rub oil on you.

“So the assignment I gave him was to take those doctors he’s already working with to lunch and find out why they’re working with him.” Just meeting with doctors won’t cut it, Cruz explained. Melmed needs to also take a hard look at exactly what kind of service he’s going to provide so he can clearly explain his business. And with so many legs to his plan, that can be tricky.
Melmed first got interested in massage growing up in Stamford, Conn. When he went to college at George Washington University, he initially thought he’d study business and perhaps one day run his own therapeutic massage company. But accounting and statistics got the better of him, and he, instead, studied communications.

After graduation, he headed to California on the dot.com train, worked in radio and eventually landed a job as marketing director for a broadband Internet provider. When the tech industry crashed, he lost his job and headed for Hawaii where his interest in massage reignited and he got certified after completing 500 course hours and 100 massages. But after two years working largely with private clients, he said, “I realized as far as starting my own business, there’s only so much you can do on a little rock in the Pacific.”

FLORIDA’S POTENTIAL
Massage was already well-established in California, so he decided against returning to a highly competitive market and instead chose Florida, where his parents moved after retiring. In 2005, he opened Body Well. “From a business point, the market was less saturated and it’s ripe for the kind of services I wanted to offer. Combined with the growing population at the time — it was boom time in Florida and all the retirees were still coming in — initially I thought I’d be doing a lot to serve that population.”

He planned on creating a network of therapists to staff retirement communities. Instead, he discovered seniors were uninterested in massage. “The baby boomers are a different story, but older people are harder to reach.” So he modified his plan and started doing in-home massage therapy on a cash basis, chair massages at corporate events and providing therapists to some chiropractors. Over time, he built up his network of therapists to between 60 and 70. Every year business grew, increasing 30 percent in 2007 and 2008. But last summer revenue flattened out at about $20,000 a month. Half goes directly to therapists and the remainder to a full-time office manager, two part-time workers and Melmed’s earnings. He was also paying for advertising, further eating into his profits. So he started taking a closer look at the work he was doing for medical providers.

STAFFING CHALLENGE
He was particularly interested in his work for chiropractors, where many patients have been in vehicle accidents and qualify for insurance benefits that cover massage therapy.
”It can be challenging to manage massage therapists,” he explained. ”They’re independent-minded and come from all different backgrounds. There can be a lot of turnover in orthopedic offices, so having a company like mine, to have someone come up with someone on the fly” is helpful.

While many chiropractors will hire therapists to work at their office, Melmed said staffing an office with a single therapist can be tricky. If the therapist misses work, appointments need to be rescheduled. Recruiting a good therapist to work at a single office can also be difficult, he said. But many offices find they can hire someone more cheaply than they can pay for his services, he said.

Cruz said Melmed needs to convince clients he’s worth the extra. ”The question now is with this economy, why should anybody buy from me,” Cruz said. “How are he and his services tangibly improving your life? Most people when you ask that question, they start rambling in corporate speak.” The key to breaking into medical massage is to establish key relationships with doctors and chiropractors who will refer patients. Melmed can build from that, working with insurance companies, Cruz said.

DAVID AND GOLIATH
“It’s a David and Goliath strategy. How do you bring down a giant that’s all armored up? For small businesses the one and only tried and true method is referrals and good referrals. So you start gold-mining that. You build relationships one by one. The big boys can’t do that. They’re paying someone $7 an hour to sit at a customer service desk. The way small business always wins against big business is we can build customer relationships. The weird truth about business is most people, even if they don’t have a lot of money, given the chance to get customized service, will pay more.” Added Melmed: “People can go to Craigslist and get a massage therapist for significantly less than us, but they don’t know who they’re getting.”

”His job is to find five or 10 [insurance] companies,” Cruz said, “that cover massage and work with them.”

Melmed recently moved from Broward County to Miami, hoping to pull some business from the canyon of new luxury condos outfitted with massage rooms that, because of the recession, now go mostly unused. Already, he’s started negotiating with his own building just off Brickell Avenue and a neighboring tower. When he started his business, Melmed said he gave himself five years to hit pay dirt. ”I’m coming up on year four and finally starting to turn the corner despite the recession,” he said. “The irony is we’re talking about this as if it’s something new, when in parts of the world this is thousands of years old.” 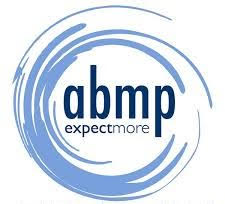 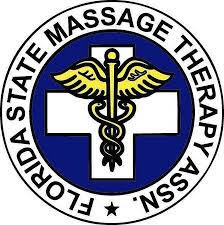 The Mobile Massage Service Featured In 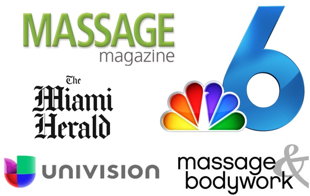