le over the years to gain respect and acceptance in mainstream American society. As far as we have come, particularly in the past 10 to 15 years, it is not unusual to see some form of discrimination against massage therapists or massage businesses.

At the root of most of the battles we have faced is the issue of sex! More specifically, the widespread belief in America for at least the better part of the 20th century, whether justified or not, that in most cases massage was somehow linked to prostitution.

Most people, especially in past years, could not really be blamed for holding these types of beliefs. Indeed, many individuals and companies have regularly used massage therapy as a front for illegal activities including prostitution in one form or another.

To this day, if I go to a professional business networking event where I speak to many people about what I do, there is a very good ch 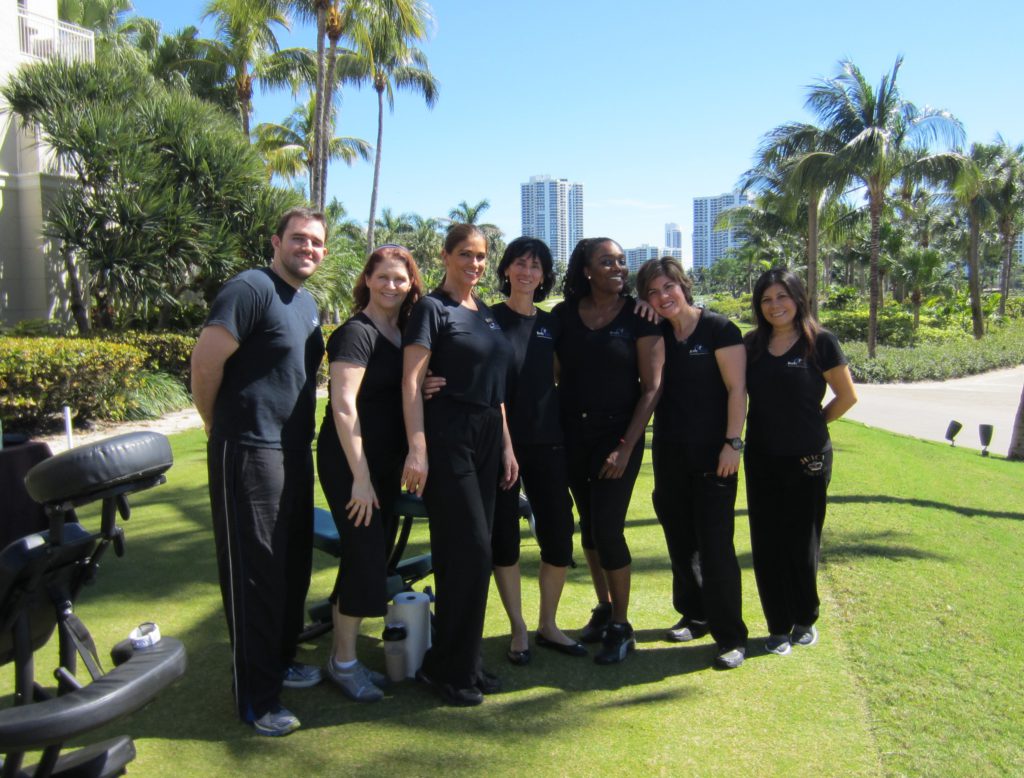 ance that at least one person will make the tired old joke, in reference to the massage therapists working for my company  “Do they do happy endings”?

I know that some professional massage therapists will take great offense at this remark and lecture the individual about how we are healthcare professionals and do not appreciate that kind of disrespectful joke at our expense. That’s fine with me, but I personally don’t get too bothered about that kind of thing. What concerns me more is discrimination on other levels based on underlying lack of respect for the profession, which is rooted in outdated beliefs that most massage businesses are doing something illegitimate.

Here are a few brief examples across the spectrum of discrimination against massage therapists by both local governments and private companies that I have personally experienced. In half of the examples I was able to fight or lobby to affect a change. With the other half, I was unsuccessful in beating back the discrimination.

As Times Changed, The Massage Laws in Alexandria Had to Change too

hen I brought Body Well’s mobile massage services to the Northern Virginia region, it came to my attention that at
the time the city of Alexandria had some extremely discriminatory and prejudicial laws on the books related to massage therapists.

Massage therapists had to register with the police department at the Vice & Narcotics Division, including fingerprinting, in order to obtain a license. Virginia Certified Massage Therapists were essentially not allowed to perform house calls at all, or freely visit clients at hotels in Alexandria. It was a clearly unfair situation.

Perhaps because it had been that way for so long, no one was fighting very hard to do anything about it. I took it upon myself to try to get the laws changed, and working with a sympathetic City Councilman who helped me to take up the cause with the full City Council and the Mayor, I was able get all of the local massage laws repealed after about one year.

Not Welcome at Davinci Virtual Office

Another case of discrimination occurred when I tried to rent a day office / executive suite at Davinci Virtual Office Solutions in Miami in order to conduct some in-person interviews with prospective massage therapists seeking to work with Body Well.

massage would be taking place for evaluation purposes, they told me they would not allow it. I explained that I operate a legitimate business, that I am a state-licensed healthcare professional, and this is a routine activity properly screening applicants. I wonder if they would have had the same reaction if a Licensed Physical Therapist had said that he or she would be doing something similar. I doubt it.

Despite appealing the decision to higher levels of management at Davinci they refused to reconsider. To me, this was a clear case of discrimination against the profession in general. “Davinci” is not only missing an ear, but apparently at least half a brain and common sense too!

A Useful Term Hijacked by Escorts on Bing

I have found in the many years I have been doing marketing for Body Well, that even some advertisers won’t take your money because they think that you are secretly promoting prostitution.

In another blog I talked about using the term “Outcall Massage” and how that term could be problematic. This was the case in trying to advertise on the Bing search engine. Bing refused to allow me to advertise using the word “Outcall”. I am well aware that escort services, which are known to be mostly prostitution services, use the word Outcall. But they don’t own that term, and it perfectly describes the legitimate activity that mobile massage therapists do. It has been used by massage therapists for a long time.

In enforcing a blanket policy denying the use of the term by anyone, Bing was discriminating against massage businesses. It took a long time and several appeals, but eventually Bing relented and now allows the use of the term on their advertising platform

Has Indeed.com Even Heard of the “Gig” Economy?

One of the more recent incidents that was upsetting was my experience with the recruiting website Indeed.com. (UPDATE: to their credit, Indeed eventually reconsidered and made right on the following. D.M.) I had used the website for a number of years on and off to attract massage therapist to work with my business.

To provide a little background; most of the opportunities that we offer are what could be described as part of the” freelance” or “gig” economy. In other words, our massage therapists are hired as independent contractors and they

work when they want to work or when work is available. There are no set schedules so it is not a job in the traditional sense.

One day I was surprised to find that my Indeed.com account had been suspended. I made several phone calls and was at first given very vague explanations, including that Indeed.com had a right to disallow any advertiser on the website for any reason they saw fit, and they did not see it as a fit for my business. I was assured that it had nothing to do with the fact that it was a massage business. One of the representatives explained that they actually had several other large massage companies that use the site. I continued to try to get more answers because, as the examples above show, I have faced discrimination in the past.

Eventually someone sent me a message explaining that the reason they chose to suspend the account was because we do not offer normal job opportunities or regular hours. I asked them if they allow Uber to advertise. They do.

As far as I know, Uber is the poster child for the freelance economy. Like my business, Uber drivers work when they want to work and have no set schedules. My business has been around more than 10 years and we have a great reputation. So what could it possibly be about my business, which operates in a similar fashion to other businesses that have no issue advertising jobs on Indeed.com, that would cause them to look at my company’s recruiting efforts and decide that it’s something they don’t want to allow?

The answer is simple: disrespect! Because I am operating a massage therapy service (and we all know what that can mean!) and we are not a huge national chain, or a massive tech company like Uber, they have no problem discriminating against us. Even though I brought these issues to their attention they had no interest in reconsidering.  So it’s fair to say I am not a fan of indeed.com, which has made it clear that it has very little respect for modest independently owned massage businesses.

Did Indeed.com discriminate against a business primarily because it provides massage therapy services? The answer seems to be, indeed they did! (Again, they eventually reversed their decision, so while this was frustrating, at least they ultimately made the right decision! D.M.)

As you see, discrimination against massage therapists and our businesses can take many different forms. In some cases individuals, governments or companies are able to be reasonable and change policies. Yet many stubbornly cling to unfortunate outdated stereotypes, which leads to disrespect and outright discrimination, we see with Davinci executive suites and Indeed.com.

We can only hope that over time, and as professionals in the massage industry across the country fight the good fight for our rights, these forms of discrimination against massage therapists will disappear completely.

Are you a massage therapist or business owner who has faced discrimination like this? Please share this article using the quick links here, and more importantly your own stories or comments on Social Media so we can raise awareness of these issues.