It recently occurred to me that medical massage and medical marijuana have a lot in common. They both offer tremendous therapeutic and medicinal benefits, yet also face similar challenges in gaining wider acceptance within the medical world (including among insurance companies). This article takes a glance at some of the parallels between these emerging therapies, including remarkably similar benefits in many cases, and similar struggles with “establishment” medical and pharmaceutical power-players.

Massage and marijuana (or “cannabis”) have both proven to offer real medical benefits to address numerous types of conditions. These therapies can offer both physical and psychological benefits, from chronic pain to PTSD, in ways that are incredibly safe and non-invasive. The research and evidence supporting the therapeutic value of both mount year after year.

The latest example gaining notoriety involves the use of either one as a safe, completely natural (non-chemical, non-surgical) therapy for pain management. 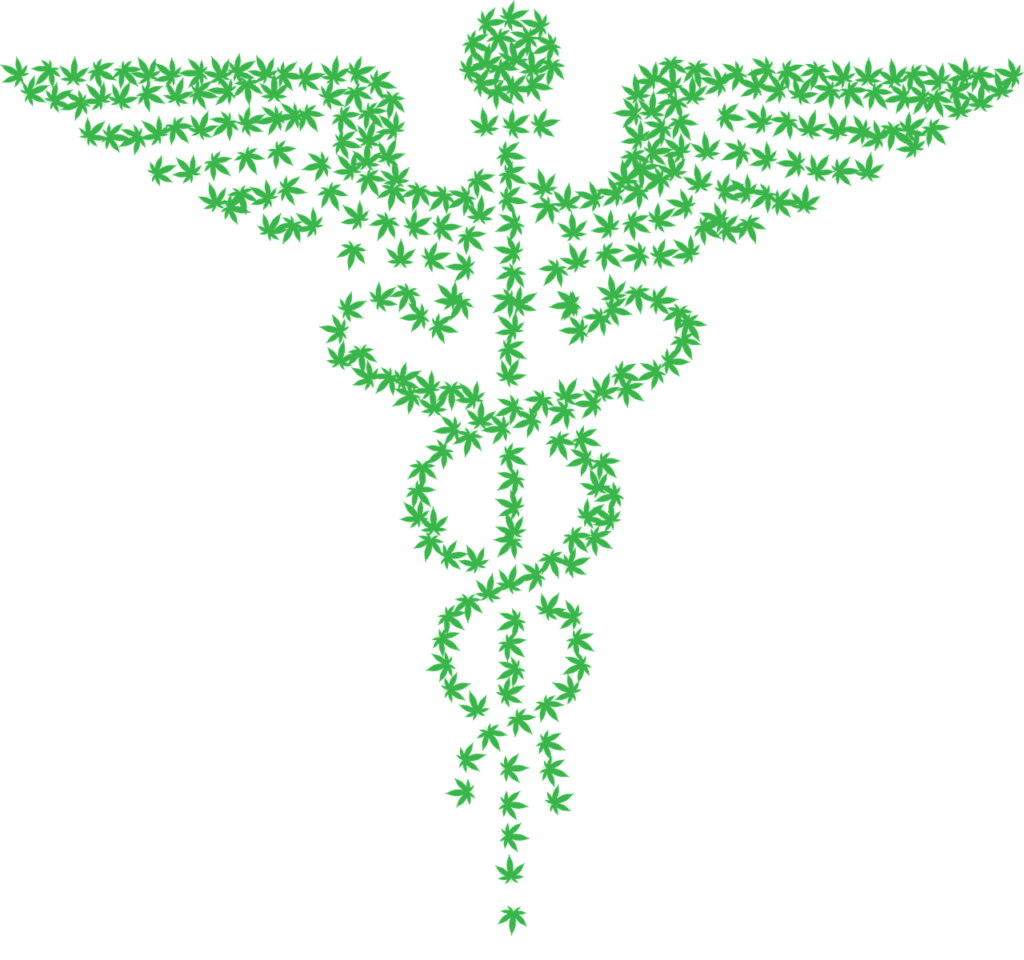 This includes their application as an alternative to opioid-based pain medication, and as a treatment for opioid addiction and withdrawal.

Recent reported studies actually show that in states where medical marijuana has been legalized, rates of opioid related overdoses and hospital visits have a dropped as much as 25%. It’s not a coincidence.

On the massage side, the National Association of Attorneys General wrote a September 18, 2017 letter to the largest American health insurance association urging insurance companies to look at alternatives to opioid-based therapies, including “massage therapy”.

Recognizing both massage and marijuana as effective tools to fight opioid-related problems is only scratching the surface when it comes to their potential to improve health and medical outcomes. Yet despite some evolving attitudes, when it comes to policy, both of these therapeutic alternatives continue to be largely excluded from their deserved seats at the table in modern healthcare. Both are generally excluded as a covered benefit in the majority of health insurance plans.

When a new “blockbuster” drug gets FDA approval, in no time doctor’s shelves are packed with free patient samples. Prescriptions are flying off their desks! Insurance companies cover the costs as they do with most therapeutically effective medicines, as they should.

So why do massage and marijuana continue to face such a struggle to gain mainstream acceptance?

In my view there are two reasons, and I will briefly discuss what is at the heart of each:

1. Old fashioned and/or prejudicial views of both

The history of drug prohibition and shifting attitudes about illegal drugs over the past 50 years in the United States is part of a longer discussion. But we cannot go without naming the 40+ year failed “War on Drugs”  in the U.S., which to this day continues to classify Marijuana as a Schedule 1 drug (meaning it is as dangerous and therapeutically useless as crystal meth or street heroin).

For decades Americans were taught that all illegal “drugs” are equally bad and anyone using them must be an immoral and shameful person. While cultural attitudes have definitely been shifting dramatically in recent years, as evidenced by many states legalizing marijuana for both medical and recreational purposes, within the medical industrial complex, acceptance of “pot” as medicine still faces what seems to be an uphill slog.

On the same token, massage has its own moral “dark side” that elicits prejudiced views, preventing some from taking it more seriously. If you ask just about any professional massage therapist, they will tell you they’ve heard that “do you offer happy endings?” joke a thousand times before, and most likely within the past month at any given time!

Again, we won’t get into the entire history of massage and its unfortunate (yet understandable) association with prostitution. Like cannabis, massage can be used “non-therapeutically”, primarily for pleasure (mental, physical or sexual), in a way that is traditionally illegal in the United States.

So here we have an incredibly similarity: the “medicine” (massage, marijuana) and its therapeutic value is in a way taken less seriously because of its non-therapeutic use, which may in some cases actually be illegal, or at least taboo.

CEO of Medical Marketing Agency, DeTorres Group says, “Even marketers that market both massage and cannabis are struggling to gain acceptance on dominating search sites like Google & Bing.”

Unfortunately for the sake of progress, when it comes to taboo subjects and changes to “common knowledge”, I would argue that medical professionals are probably not the first to stick their necks out to encourage culture-wide changes in attitudes either. The motto “First, do no harm” does not exactly lend itself to more progressive concepts. 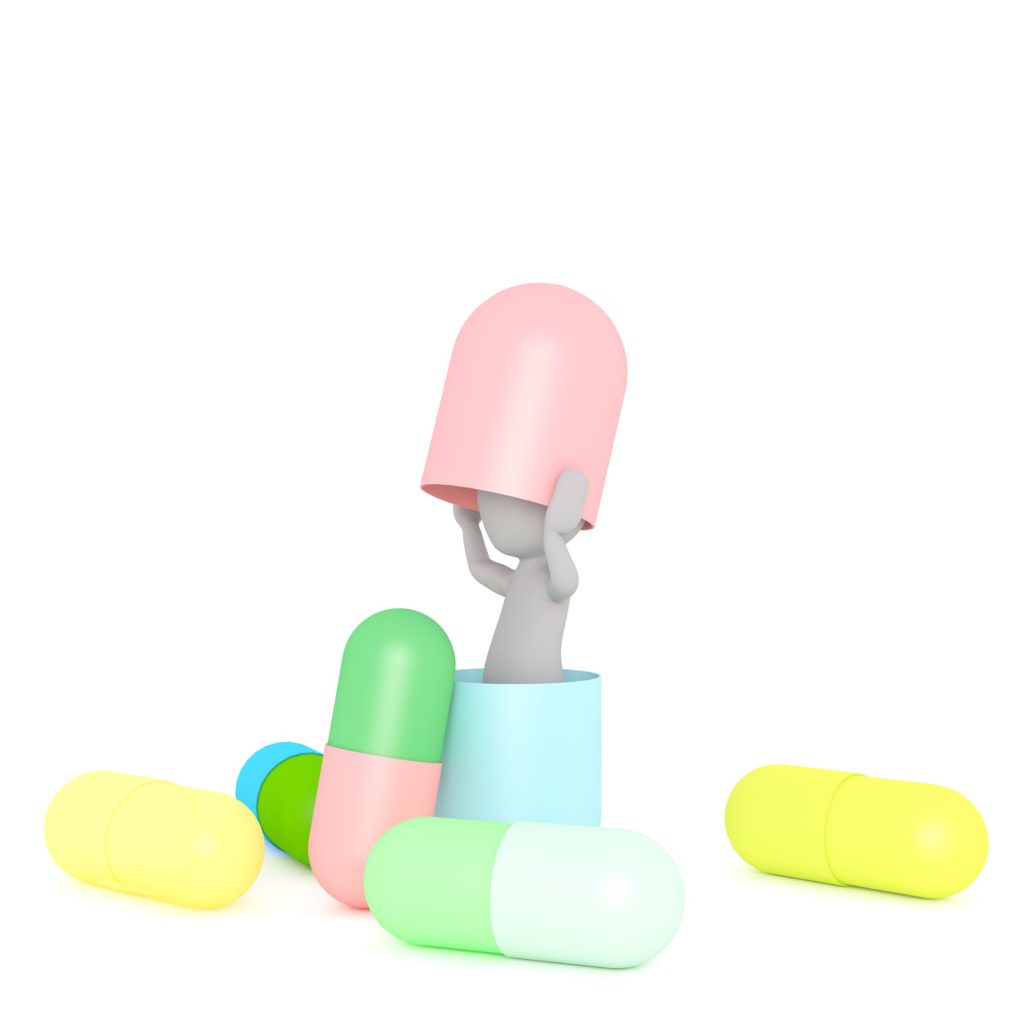 On the topic of “greed” it’s not a difficult equation to calculate. The pharmaceutical industry makes billions upon billions of dollars selling manufactured pain and other medications. The industry leaders and huge associations representing these interests are closely tied with those in positions of power within the medical establishments as well as in politics.

Plainly stated; making simpler, natural therapies and remedies more widely accessible in mainstream medicine threatens their profits and their power. These are powerful for-profit interests and they will fight hard to prevent alternatives from being promoted and sapping their profits for as long as they possibly can. Pretty basic capitalism essentially.

There are others within the medical-insurance establishment who also certainly feel they have much to lose as different types of alternative therapies gain ground. No one willingly gives up a piece of the pie to newcomers.

Massage and marijuana do have a few things going for them:

For starters, both have become much more popular generally speaking, and more appreciated for their benefits throughout much of the nation in recent years.

More Americans every year are discovering the health benefits of therapeutic massage, and we see increasing respect for the profession.

Each election cycle brings legal cannabis to more states and more people’s lives are helped or saved as a direct result.

More scientific research is coming forward each year supporting the vast amount of anecdotal evidence that has piled up for years.

So we see increasing public support for both therapies, and that’s a positive trend.

Help from within the medical establishment?

Insurance companies are always looking at the cost-effectiveness of different treatment approaches. Hopefully in the near future, those with the necessary influence will wake up to realize that natural, relatively inexpensive therapies including massage and cannabis save money in treating both acute issues in the short term, and by potentially preventing much more costly and life threatening events like overdoses and heart attacks in the long run.

In other words, if the stranglehold of the pharmaceutical industry can be loosened long enough for insurance company economists to make an objective cost-benefit evaluation, there may be reason to hope for concrete changes.

The bottom line is that many different kinds of patients, ranging from young children to the elderly, with all types of medical conditions could be helped by using some form of cannabis, or massage therapy (or both!). However, most Americans are unable to legally obtain that medicine, or have it paid through their insurance just like other prescribed medicines.

We must continue advocating for common sense policies that allow people to take advantage of the miraculous medicinal benefits massage and medical marijuana offer us.

If you find this topic interesting and want to foster further dialogue, please share this blog using the share buttons or directly on your preferred social media platforms. Thank you!